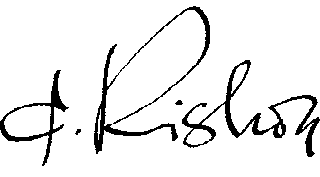 I'm not a writer.
I'm just a humorist.
Only when you are dead you become a writer."

Ephraim Kishon is one of the most popular writers and satirists of the world. He is most famous for his ironic but loving depictions of day to day life in Israel but has also written some cynical and cutting political- satires (for example about the Yom Kippur or the Six Day war).
He was not only an author of books - selections of short stories and novels - but wrote also scripts for theatre plays and movies (which he also directed). Additionally, he wrote a daily article for the newspaper Maariv for 30 years (starting 1952), using the pseudonym "Chad Gadja" (engl-"Lamb"). Maariv is one of the most popular newspapers of Israel.

Ephraim Kishon was born on the 23th of August 1924 in Budapest and was given the name Hoffmann Ferenc. His mother used to be the secretary of his father Dezsö or Desider, who was the director of a bank. He had one sister. He grow up in a completely assimilated family, so he couldn't speak Yiddish nor Hebrew. Already 1940 he won a Hungarian novel prize for High School students. Because of the racial discrimination he was not allowed to attend university, so he decided to become a goldsmith. Besides he spent most of his youth in labour camps and in various hiding-places in fear of the Nazis. 1944 Kishon was deported to Jolsva, a labour camp in Slovakia but together with a friend he managed to escape. In the camp he worked as a secretary for the district commandant. He got his job only because of the fact that he was an excellent chess player and the Nazi commander wanted to play with him. At another situation a guard killed every 10. 'He made a mistake letting a satirist live', Kishon later wrote. The rest rest of the war he survived with the fake identity of a Slovak labourer Stanko Andras. Most of his family died in the Shoah, his parents and his sister survived.

After his home city Budapest was freed by the Russians he was taken prisoner of war (sic!) and nearly brought to Belarus, but again he was able to flee. After WW II he came back to Budapest and went on to do diplomas in metal-sculpture and history of art. 1946 he marries Chawa (Eva/Ava) Klamer. In 1948 he finishes his university degree. In the same year his aunt sent, without his knowledge, his satire about a racist regime discriminating baldies to the novel competition of the leading Hungarian literature paper »World«. He received the first prize and because of that he got a job at the satire paper »Ludas Matyi«.

He has lived in Israel since 1949, were he went because of the communist regime in Hungary. As an author he was privileged in Hungary and received a high income but still he could not stand the Stalinist regime.

According to Kishon the name "Ephraim Kishon" was given to him by an immigration officer. Already in Hungary he had changed his name from Hoffmann to Kishont (Kis-Hont is Hungarian for little Hont, Hont being a typical Hungarian name) because of its less bourgeois sound. As Kishon tells the story, the immigration officer deleted despite the repeated insistence of Kishont the T in his name (by this naming him after an Israeli river) and said about his first name Ferenc: "does not exist", giving him the name Ephraim.

When he first arrived he had to live in the reception camp "gate to home" (he later wrote about this experience and his cultural clash with the Moroccan immigrants in »Sallah Shabbati« - which became one of Israels most important movies) then he settled over to the kibbutz Kfar Hachoresh (near Haifa). At the kibbutz he worked as an electrician, farmhand and latrine-cleaner. He also started to write for »Uj Kelet« a Hungarian language newspaper in 1951 and a newspaper called »Davar« was the first to publish the »Blaumilch Canal«. The first satires he wrote in Israel were collected, translated into Hebrew and published under the title »Immigrant Upon us« (Ha-Oleh Ha-Yored Al Hayenu). In the same year together with friends he opened a garage in Pardes Hanna called »Daru«, but his time as a mechanic was only short-lived. In the same year he became a member of the editorial staff of »Uj Kelet«.
In his autobiography he wrote that in 1952 he went into conclave for a whole year and learned Hebrew 18 hours a day. This was a necessity for someone who wanted to be a journalist and writer, writing in an alien and new language. He saw many gifted authors from Hungary who became nobodies in Israel; he did not want to go this way.
And he was successful. He begins to write his daily apostille under the pseudonym »Chad Gadja« for the Hebrew newspaper Maariv, also already in 1953 the world-known Habima theatre in Tel Aviv performed his play »His Name Precedes Him« (Shmo Holech Lefanav).

His first big international success was in 1959 "Look Back Mrs Lot", a New York Times "Book of the Month" (translated by Jochanan Goldmann), were he was reviewed with comparisons to Shalom Aleichem and Mark Twain. Later his success in the English-speaking world declined but especially in Germany he became enormously famous, partly thanks to the genius translations by the Austrian author Friedrich Torberg.

In 1958/9 he founded his own theatre »Batzal Yarok« (Green Onion), which existed until 1962 and for which he wrote several plays. In 1963 he made his movie Sallah, one of the first Israeli movies ever, which was nominated for the Oscar. At the peak of his success in Israel he writes »So sorry we won« about the Six Day War.

Ephraim Kishon died on January the 29th 2005, he is buried in the artists cemetery on Tel Hai Street in Tel Aviv.

In 1957 his first son Rafael is born but his first marriage with Chawa broke. In 1959 he married »the best of all wives«: Sara (nee Lipovitz). Sara was educated at Julliard School in New York as a pianist (died in 2002). She was the mother of his son Amir and his daughter Renana. Rafi is a veterinary surgeon in Israel, Amir a computer-specialist (graduated at Yale University) and Renana a graphic artist. Ephraim Kishon has 5 Grandchildren: Eyal alias Rudi, Eran, Alma, Michael and Gaya. A year after Saras death he married Lisa Witasek.

Kishon's 700 books (50 in the original Hebrew language) are bestsellers in 37 languages. He has sold a total of at least 43 million copies.
Ephraim Kishon is the author of plays, musicals and films. He was nominated for the Academy Award twice and has won the Golden Globe three times. "Kishon`s family stories" is his best-sold title worldwide and the most sold book in Hebrew after the bible. Among many prizes and avards he received the German Bundesverdienstkreuz and the Israel Prize.